The Problem and The Solution 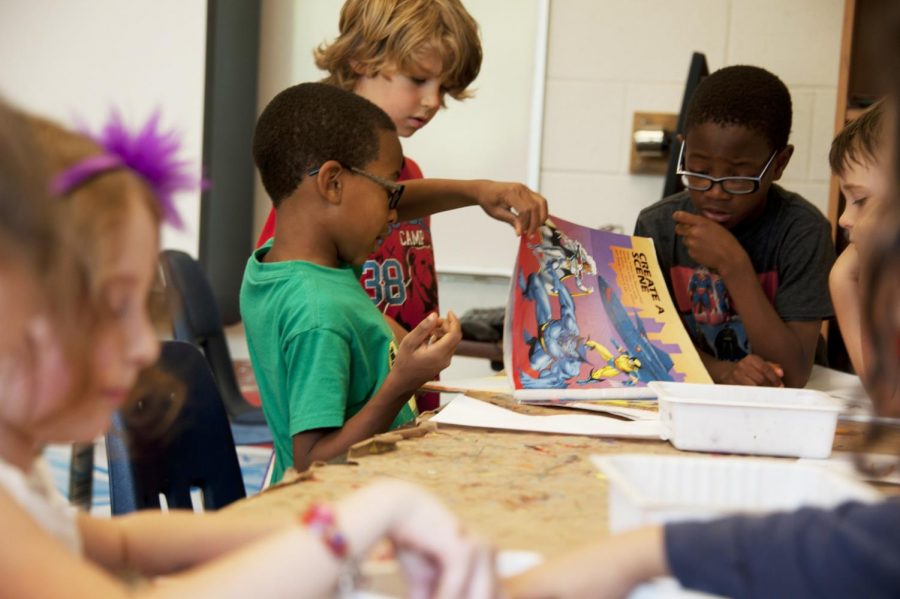 Observing and being in school for almost 10 years had made me realize many things about the school system. Firstly, the system is not perfect and there are many flaws in it’s foundation. Secondly, it is an ever growing and changing system that can always be improved in order to suit the needs of the students and the community. You have most likely experienced an abundance of  different situation you aren’t happy with or maybe even managed to come up with a page long list of different complaints about it. Whatever your standpoint is on the American school system, there is room for improvement and there are many common issues which need to be addressed and tackled head on.

One of those problems would be concerning teachers and testing, a staple of American education. One fact that remains in many American classrooms is the way teachers are simply teaching just so that their students can pass a test. In a research paper published in 2017, researcher Bennett explained how teaching to the test may improve test scores, but it does not increase overall performance. It also leads to a false measurement of students actual abilities and understanding as many students just memorize what they have to do and not actually understand why or what they are learning. Parents are also starting to notice this. According to the same research, only 14% of parents say that testing is important in measuring school effectiveness.

Testing has widely been discussed by many educators and students alike. On one hand, the use of tests is one of the only ways to actually determine a student’s knowledge and ability. On the other hand, such a priority in testing had been shown ineffective, implementing much more stress on students instead of becoming an accurate way of measurement. In addition, since all students put more priority into getting a good grade, they will have a greater urge to cheat instead of just trying their hardest and learning from their mistakes.

Let’s examine a theoretically fair way of testing which is widely accepted in the U.S, standardized tests such as the SAT and ACT. One widely known flaw to standardized testing is that it gives a clear advantage to those who are well off as they have access to a better education. Even with the point of standardized tests being that everyone in the entire nation is taking the same test and is being scored equality, it does not account for the lack of resources and outside influence. In addition, this year in 2021, NYS has decided to make the Regents not mandatory due to the fact that the pandemic may have caused additional stress on students and have decided that these are no optimal times for students to be testing. This further shows how insignificant standardized testing can really be as the state has shown how easily they can be taken away.

The attitude towards teachers should also be stricter in terms of the application process. In order to become a teacher, the minimum degree required is a bachelor’s degree with the average salary of teachers in public elementary and secondary schools being $58,950 from 2016-17. Over the years this has decreased by 1.6% from 1996 to 2017. The average salary in the U.S is $48,251.57 meaning that teachers are only making $10,698.43 above the mean salary in the U.S. It may seem like $57,000 is a lot but teachers are equipped to teach the future of America. Doctors may save the people of now but teachers create the people of tomorrow. In addition, having a higher salary will lead to high competition as teaching will start to become high in demand meaning a stricter selection ensuring only the best of the best will be able to teach. There would also be an increase in the amount of respect that teachers will receive although there are other confounding factors that influence the image of teachers such as the American culture surrounding the importance of education however increasing the wages would indeed correspond to the quality of teaching.

According to NPR, one in five children in the U.S show signs of a mental health disorder and nearly 80% of them don’t get help. Many of the repercussions of these issues can be tied back to school with low grades, disruptive behavior and even dropping out. Schools could do so much to help and could be a great source of comfort for students but neither the teachers nor the school are equipped enough to handle that. Many students see their teachers more than they do their family members, however teachers carry a lot on their shoulders and many times don’t notice when things go wrong with an individual student.

Ms. Flannelly, the assistant principal of Lindenhurst High School, gives a perfect analogy when it comes to the impact school has on student health, “Sometimes we shoot these little daggers at kids that will last a lifetime. You say something as a joke or sarcastic and you don’t know what the students have been dealing with in their life or the night before.” Creating a safe and empowering environment where students would feel that it is okay to share their feelings is essential for social workers and teachers alike. Trust is something that many students are concerned about with the fear that whatever they say will be told to their parents and others, a stigma that is common around schools. Students will be more likely to open up if they know they are in an environment in which their information can stay anonymous.

Parents have economic restraints and also linguistic restraints that keep them from communicating with schools and truly understanding their children’s education. This keeps foreign parents from having an impact on school and determining what is best for them. Similarly the school can’t decide what students, who come from foreign families, need since they don’t have that communication from the parents. Even non foreign parents are excluded from the discussion with less than 20% of school related voters attending school meetings, joining parent-association or even volunteering at schools.

With the inclusion of technology in the everyday learning of children across America, the boundary lines between what would be considered “school appropriate” and not have become tighter. The fair argument to be made is that such boundaries are put in place in order to protect school children from viewing content that is not safe for them to see or keep them away from websites that may disrupt their learning. However, children’s access to the internet does not end at their school issued chromebook. According to a survey conducted in 2020, the average American has access to more then ten devices in their household. Having said that, it is not surprising to assume that if children can’t reach whatever they are looking for on their chromebooks, they will just look it up on their own household devices. In that case, could the restriction of internet access in schools actually be a hindrance rather than a safety net? In Lindenhurst High School, the blocking of content is all filtered and decided by an algorithm, as Ms. Flannelly states, “You could be doing research and things would be blocked and it’s based on a company called lightspeed which filters these things based on an algorithm. There is so much information being blocked from students…Something like same sex marriage would be blocked.” Without being taught and encouraged by the school to learn how to properly look up certain information, students come out not being able to properly identify the difference between fake and real information.

It is safe to say that the root of all these problems are deeply embedded in the system itself which makes it very difficult to fix many of these things without a huge widespread reconstruction of the entire system, however there are some small changes that can be implemented which would lead the school system on to the right path. Firstly, there should be less focus on testing and more on giving students the freedom to explore and learn on their own, giving them the ability to truly comprehend the topic. This as well is not just a pipe dream but an already implemented and successful way of teaching as one of the most highly ranked countries in the world in terms of education already uses such a system, Finland. As mentioned previously, the raising of wages for teachers would increase the amount of applicants giving room for more competition, leading to a greater quality and importance on education. Initiating and furthering a system of increased knowledge of mental health resources and techniques to teachers and school advisors will alleviate some of the stress implemented on students. In addition, having more engagement with parents in each school’s respective district would also help students give them what they need. Such things can be done by creating small group discussions disguised as children events or having a day in which students throughout the course of the day get to know some of the social workers and psychologists at the school. Lastly, reducing the use of blocking websites would allow for a more in depth teaching of internet safety making children and teens more in control of the very frightening ways of the internet. Just as Rome wasn’t built in a day, the American education system will not suddenly change for the better. Many of these issues can be solved more quickly than others but each of them will take some time in order to be truly put into effect. However, understanding and facing the situation at face value will bring us one step closer to making a change.