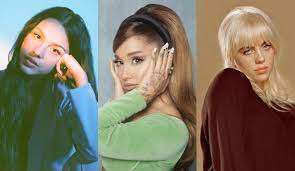 Pop music is the most mainstream music listened to all around the world, so it can be a quite competitive category. In the Pop category, there were 4 awards given. The first one was Best Pop Solo Performance. The nominees were

The winner of this category was 19 year old Olivia Rodrigo with her debut song “drivers license” that went viral everywhere.

The next category was Best Pop Duo/Group Performances. The nominees were

Doja Cat and SZA took the win in this category with “Kiss Me More” from Doja’s album Planet HER.

After this was the Best Traditional Pop Vocal Album awards. The nominees include

The winners of this Category were Tony Benett and Lady Gaga with “Love For Sale.”

The final POP category was Best Pop Vocal Album. The nominees consisted of

The winner of this category was the amazing Olivia Rodrigo once again with her debut album SOUR! This makes Rodrigo a 19 year old two time Grammy winner in the Pop section in her very first year as an official recording artist. In total she recieved 3 Grammy awards this year!