What is flying across space? 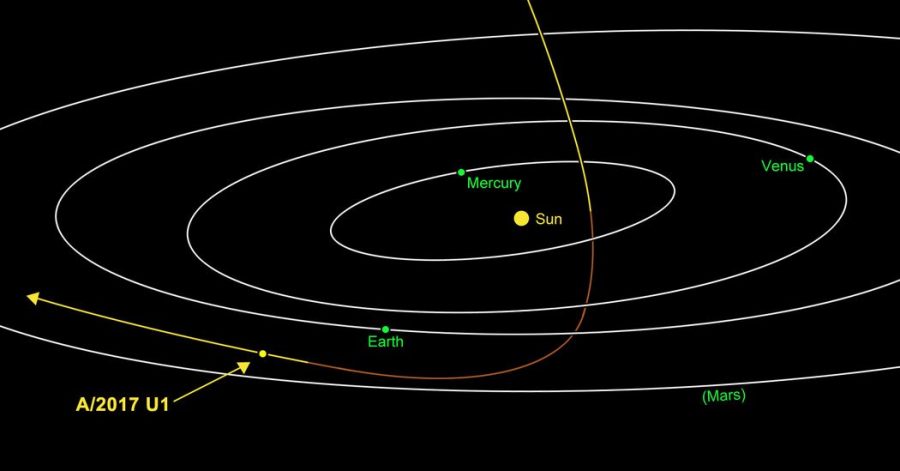 In space, on October 14th, 2017, a tiny dot of light was seen going across space. This light was moving really quickly across the sky extremely close to Earth at 24 million kilometers. It is now called the C/2017U1. It is either in extreme orbit or it may be speculated to not be in orbit at all. The International Astronomical Union’s Minor Planet Center, also known as the MPC, says “If further observations confirm the unusual nature of this orbit, this object may be the first clear case of an interstellar comet.”

The telescope that noticed this peculiar light in space was the PanSTARRS. It is not expected to return because of the different orbit and the fast speed. Most of the objects that orbit the sun go on the same common plane. This is including the planets, dwarf planets and even asteroids. This object was very different from anything we have ever soon. Astronomers are trying to figure out what this mysterious object is. They are trying to find out where it came from exactly. It most likely was from the star Vega, which is part of the constellation of Lyra. Some people think this because it came from a plane of 122 degrees.

The object came really close to the sun. It was only 38 million kilometers what sounds like a lot on earth, but is very small when it is space. The sun was not able to consume the object because of the fast moving speed of 26 kilometers per second. The sun’s gravity just threw it in the other direction.

Nobody really knows what this mysterious object is. The not knowing of what is happening in space is making people ask themselves questions like “What else is there in space?” and “Are there living things out in deep space?”.