Vans Warped Tour: All Good Things Must Come To An End 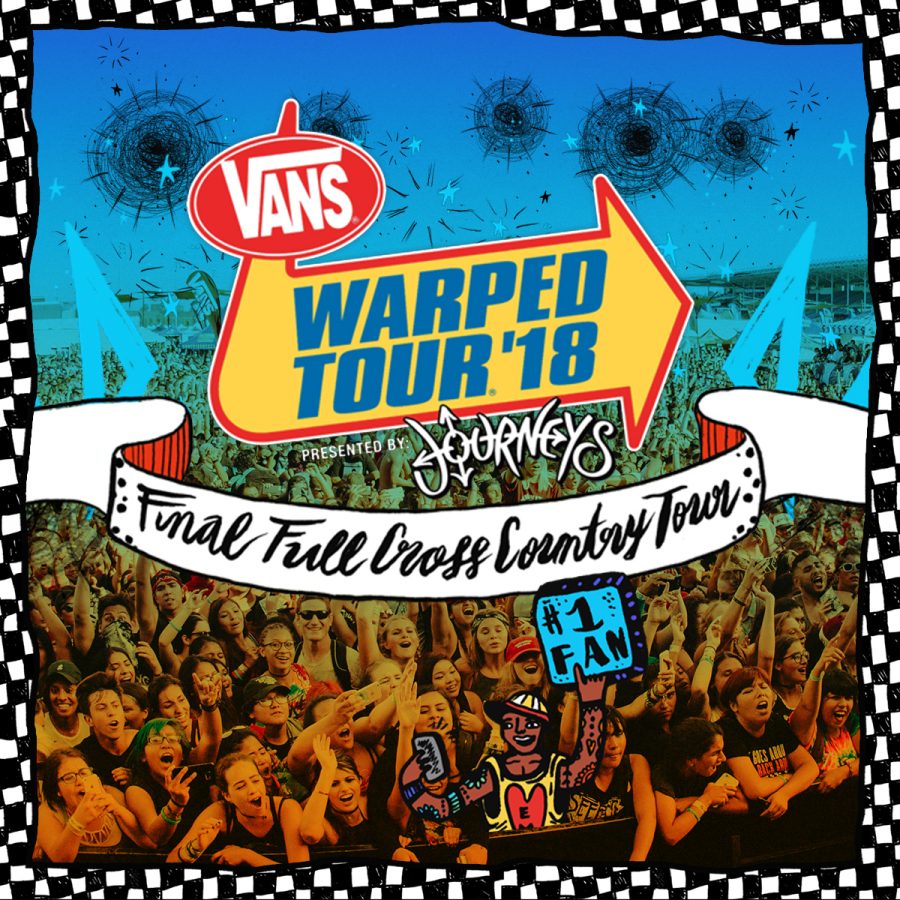 “Today, with many mixed feelings, I am here to announce that next year will be the final full cross-country run of the Vans Warped Tour.” This quote was written by producer Kevin Lyman, who had actually founded the festival in 1995. There have been many factors that caused Warped Tour’s 24th year to be it’s last. Some of these factors include but are not limited to an evolving summer festival industry, a shrinking pool of bands, and declining ticket sales amongst it’s teenage demographic. (www.billboard.com) This wasn’t the only reason on why Warped Tour is at its end. The traveling is another huge aspect to think about. Traveling around to multiple states every summer for years can be extremely tiring and stressful for a person to handle. This was also a topic that was briefly talked about in Chris Payne’s interview with Kevin Lyman. Kevin stated that “Before Warped I was on three years of Lollapalooza, so it’s been 26 straight summers out on the road.”

Musicians wrote and spoke about how much they will miss this amazing and thrilling music festival. All Time Low’s lead vocalist Alex Gaskarth spoke out about his opinion on the situation. “The Warped Tour introduced me to the counterculture, the music and the DIY dream that inspired me to create and perform. Without it, I probably would not be where I am today. Honored to have been a part of the legacy. Thanks, @KevinLyman & everyone involved over the years.” The members of this band are not the only ones to post about this sad turn of events. Jayden Panesso, the lead singer of Sylar posted, “Last year of @VansWaropedTour next year. The memories are absolutely endless. From going to attending every year as a fan since I was 14, to finally playing it this year with Sylar. Nostalgia is an understatement. Thank you for an amazing ride, Warped Tour.” (www.altpress.com)

The bands weren’t the only ones to share their feelings. Many fans talked about their favorite memories and how upset they are that the festival is at its end. One fan named Maura said, tweeted, “Every summer I always saw parents dropping their kids off at Warped Tour and I couldn’t wait to be the cool parent and go with my own kids one day. Can’t believe it will never happen now.” Even fans who haven’t gone to Warped Tour are upset. @ADTR_Tomm wrote a post on Twitter stating that “You know Warped Tour is special when there are people around the world who have never been but are sad that it’s ending.” Warped Tour will always have a special place in thousands of fans hearts. (www.ocregister.com) I myself, a fan and attendee of Warped Tour will miss the energetic and exciting festival.

In the recent months, both the 2018 tour dates and bands have been posted. This year, Warped Tour will be visiting Darien Center, New York, and Wantagh, New York as well as many other states. If you’re still unsure if you want to go, then maybe the bands will change your mind.  All Time Low, Black Veil Brides, Bowling For Soup, Ice Nine Kills, and Mayday Parade are only some of the many bands attending this year’s Warped Tour. (www.vanswarpedtour.com) The Vans Warped Tour official site has all of the dates and bands posted. They also have ticket prices posted if you want to buy the tickets now.

Since 2018 is Warped Tours last year, let us, as the fans, show our appreciation. Let’s thank all of the bands and employees who worked there. Let’s especially give a huge thanks to Kevin Lyman for even making in t possible. Instead of being upset about the end of an amazing thing, we should make the best of it! Let’s make 2018’s Warped Tour the best by far!