One of Netflix’s most popular shows is back with a second season, but does it live up to the hype? 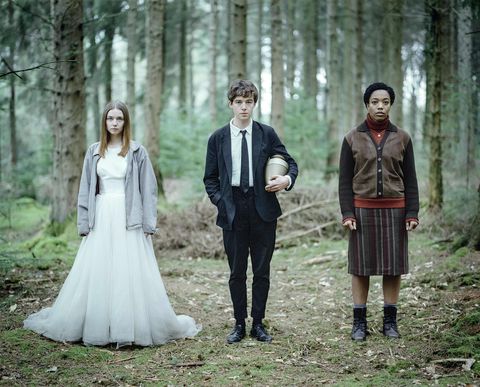 The End of the F***ing World

The first season of The End of the F***ing World, an adaptation of the graphic novel by Charles Forsman, was entertaining, while also tackling important issues like abuse, mental health, and suicide, among many others. In this season, 17 year old James who believes he is a psychopath, decides he wants to move on from hunting animals and kill something bigger: an actual person. He settles on Alyssa whom, due to having her own issues, seems like a perfect target. Rather than going through with this plan, James runs away with Alyssa leading to many wild, and illegal, shenanigans. Their story leaves the audience emotional and very conflicted about the morality of their actions. Additionally, season one’s shocking finale was the perfect ending; an abrupt, unforeseen death of a main character seems very fitting considering the name of the show. Of course this sort of ending is unsatisfying for most people, but that’s the point. The End of the F***ing World isn’t meant to have a satisfying ending, the same way Romeo and Juliet wasn’t meant to have a satisfying ending, because a satisfying ending wouldn’t make it a tragedy.

That being said, it wouldn’t be fair to criticize the second season of a show simply for ruining the ambiguous ending of the first. Season two had potential to be good. After all, Graham Coxon had returned to work on the soundtrack for the second season, meaning at the very least, season two would feature an amazing music selection. Unfortunately, that’s one of the only commendable aspects of the entire season. Admittedly, the cinematography was also good, but the same cannot be said about the plot. Compared to season one, the plot and social commentary of season two were simply bland and redundant. It’s always difficult for a sequel to live up to an original, but season two of The End of the F***ing World is arguably insulting to its predecessor.