A Valiant Effort by the Bulldogs 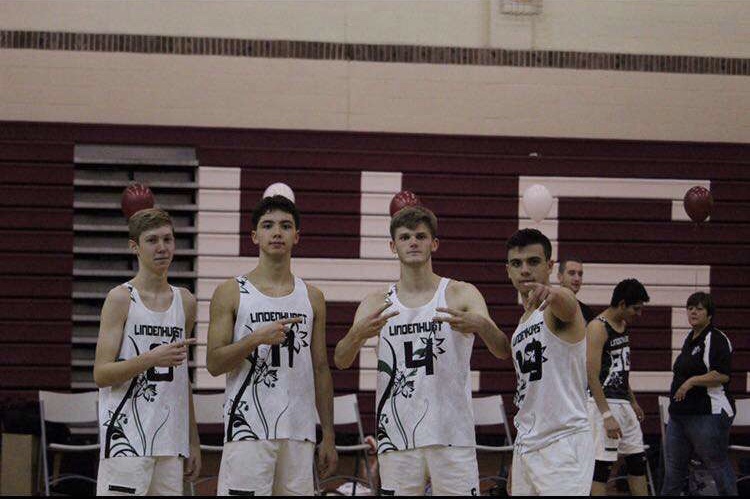 The team poses for a picture after their 12th victory of the season.

The Boys Volleyball team is often an overlooked sport when it comes to high school athletics, with sports like football and lacrosse taking the spotlight. However, this year, the Lindenhurst Boys Volleyball team had a remarkable season and deserve praise for what they were able to achieve.

Regardless of whether it’s a regular season game or playoff game, the atmosphere of a Lindenhurst boys volleyball game can be described in two words: electric and exciting. This excitement is generated for two reasons. For one, the games are fast paced and entertaining, with hard spikes and diving saves Secondly, with athletes from sports such as soccer, football, and girls volleyball coming out to support, the high school gym was usually packed. This support from other athletes gave the boys a huge advantage whenever they played at home.

Coming into the season, the Lindenhurst Boys Volleyball team was not ranked incredibly high. This gave them even more motivation going into every game, as they wanted to prove all the doubters wrong. Through the incredible efforts of Seniors Finn McCandless, Jojo Meyer, and Kyle Governanti, the Bulldogs had a great season finishing with a 12-2 regular season record. They had impressive wins against Connetquot and Northport, and were coming into the postseason as one of the teams to beat in Division I.

Overall, this was one of the most talented rosters that Lindenhurst has had in the past few years. The starting rotation was stacked, with returning starters in almost every position. This rotation included the team Captain: Outside, Finn McCandless. He had an exceptional season, and given the LI Player of the Week award during the middle of the year. Clearly, his season was deserving of another All-County, and even All-Long Island nomination. As far as his contribution to the team, his play on the court can be seen as just as important as his leadership. Many of his teammates cite him as a great leader to the team, and he accredits this to his team first mentality. He states, “I go into every game with the determination that whether we win or lose, we do so as a team. ‘United we stand, divided we fall’,  this is something that I live by.” This mentality and motto illustrates the leadership that Finn brought to this team, and can be seen as one of the many reasons for this team’s success this year.

Going into the playoffs, the Bulldogs were one of the hottest teams in Division I. After finishing with the 2nd best record in their division, they were matched up against Commack in Round One. This was one of the most competitive games they had all season, as they went back and forth. Many of the starters stepped up when the team needed them the most. This included an outstanding performance from Senior Setter, Jojo Meyer, who had 40+ assists. Senior Middle, Kyle Governati and Junior Rightside, Kevin Herbst both had their best games of the season. In the end, it came down to the last set; with the clutch plays made by Junior Outside John Shum, which included a total of 17 kills, Lindenhurst was able to advance to the next round.

In their next playoff game, they had to play Smithtown West. The Bulldogs came out with a dominating first set, and looked to be on their way to another victory. Unfortunately, Smithtown came storming back, winning the next 3 sets in a row to end their season.

When asked about this disappointing end to their season, Finn stated that “we obviously wanted more, but my team put everything they could to the game and I couldn’t ask for anything more.” Junior Kevin Herbst added onto this, saying “Despite the disappointing end to our season, I believe that we will make another run in the playoffs. I would love to end my high school career by bringing back a Suffolk County Championship for the first time since 2012.” Clearly, the Lindenhurst Boys Volleyball team next season will be looking for vengeance after this years playoff upset, and with returning starters in Kevin Herbst, John Shum, and Mike Golaszewski they are poised for another playoff run.