The Charles Street Times • May 26, 2020 • https://lindynews.org/7813/entertainment/she-ra-season-five-summary-spoilers/ 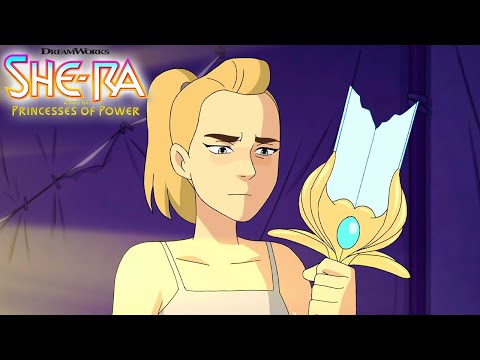 The last season of She-Ra is out on Netflix.  We left off with Adora powerless,  her sword shattered, along with the powers of She-Ra.  Fighting Horde Prime soldiers Adora feels she has completely lost her identity,  charging in without thinking.   Trying to prove her worth to her friends,  only makes her liability.  With no territory left,  the Rebellion takes the fight to space in order to save Princess Glimmer from the Horde Prime’s evil clutches.  Later, they discover an old spaceship built by the First Ones to take the Rebellion to where Princess Glimmer is being held,  prisoner.  With Princess Entrapta’s help they were able to use a Horde communication signal to pinpoint the Horde’s spaceship location.  As they were about to leave,  the Horde attacks,  forcing some of them to stay behind to serve as a distraction so others can leave.

In space,  Catra contacts their spaceship saying she helped Princess Glimmer escape and,  not coming for her then,  processes to teleporting Princess Glimmer along with space pick up location.  When they reunite with Princess Glimmer all of them decide to go save Catra, but running out of ship fuel they land on an unknown planet with the fuel they need.  The planet is unstable. Bow, Glimmer, and Adore must find the fuel before the planet collapses.

They end up meeting three strangers along the way on the run from Horde Prime, their enemy, in a cave.  Also looking for fuel for themselves they form an alliance.  When they got the fuel material the cave suddenly collapsed. Before the entrance is gone Adora catches boulders but it’s too heavy.  Wanting to protect her friends more than anything she turns into She-Ra lifting the heavy boulders like pebbles. When they escape they set sail to the evil Horde Prime spaceship to save Catra.  To find out more check out She-Ra season five on Netflix. Available now.