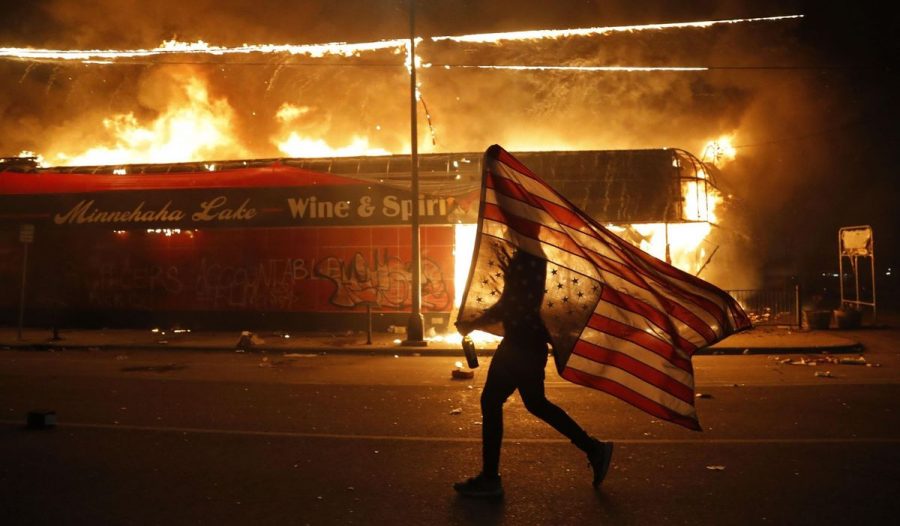 Recently, the subject of police brutality came to the forefront of U.S. discourse once again. The brutal execution of Ahmaud Arbery back in February by a former cop led to an uproar; however, this was nothing compared to what was about to happen with George Floyd.  Just when the controversy started to fizzle out, another video of the unjust murder of a black man has reignited the situation further than it has in a very long time.

On Monday, May 25th, Memorial day, George Floyd had the police called on him for an alleged counterfeit twenty dollar bill. Four police officers showed up and put him under arrest. Video footage shows he did not resist arrest. Yet one of the officers, Derek Chauvin, laid him on his side and knelt on the man’s neck for 8 minutes and 46 seconds. As he did this, George Floyd did not resist, all he did was cry out for help, and tell the officers that he could not breathe. Despite this Derek Chauvin continued to kneel on the man’s neck for seemingly no reason, torturing him, while three other officers stood watching and did nothing. George Floyd was taken to the hospital, and soon pronounced dead. Later, Derek Chauvin was arrested and charged with 3rd degree murder and manslaughter, the other three officers however, are still free to this day.

After this terrible incident, the United States became inflamed with anger. Protests started immediately in Minneapolis. It started out peaceful, with most people just holding up signs for the cause. But soon, a group of rioters start destroying, and looting the city. Setting fire to buildings, which included burning down the police station of Minneapolis. Since then, protests have started across 30 US cities including New York. This kind of civil unrest is inevitable when systemic injustices exist. The only way to prevent these riots is to stop the root problem. Quelling riots doesn’t actually do anything long term. It’s like trying to put bandaids on a chronic rash; that will never stop the rashes from reappearing. The infection needs to be stopped. The infection is systemic and racially motivated police brutality.