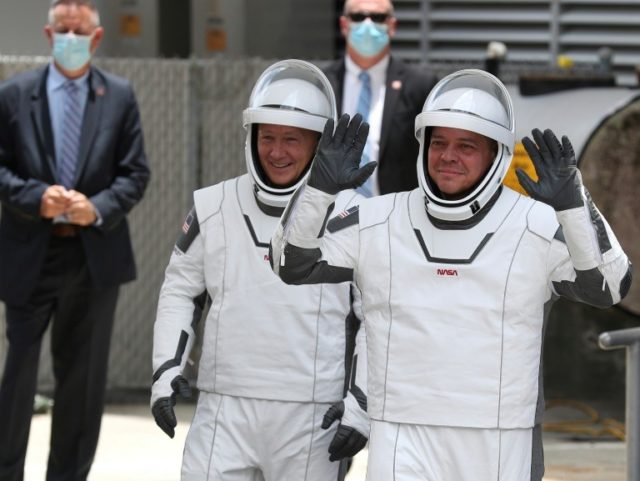 For the first time since the last launch of the Space Shuttle program on July 8th, 2011, American astronauts have taken off in an American rocket on American soil. Robert Behnken and Douglas Hurley are the two NASA astronauts that successfully launched on May 30th, 2020, and are on their way to the International Space Station.

The launch was initially planned for Wednesday, but inclement weather forced NASA to push the launch back. However, at 3:23 EST on Saturday, the two astronauts launched from Kennedy Space Center in Cape Canaveral, Florida- the same launch site of the famous Apollo 11 Moon mission. Everything went according to plan, without a hitch. On the television, you could hear Mission Control say the word ‘nominal’ often- which, according to Long Island former astronaut Mike Massimino, is “NASA jargon for ‘everything is a-okay.’”

Robert Behnken and Douglas Hurley are both good friends; having been two of the seventeen astronauts in NASA’s class of 2000. They have both been to space twice, though never together; Hurley was on the last shuttle launch in 2011. Together, the two will spend the nineteen hours in the capsule on the way to the ISS orbiting the Earth, completing various tasks to make sure everything runs smoothly, and napping when possible.

It was an interesting, tumultuous time for this launch, in the days of a pandemic. Cameras trained on Mission Control showed those working on the mission wearing face masks and staying six feet apart. However, hundreds of thousands of spectators showed up to the launch, some not wearing face masks or taking the proper precautions.

“It took a few seconds to see it,” said Payton Rice, one of the spectators at the launch. “It came up from behind this big red cargo ship and all you could see was the flames; it was like a sparkler in the sky. At first you couldn’t hear it, but once it went into the atmosphere, it was just rumbling and you could feel the vibrations from where I was standing. Everyone was cheering and yelling. It was an amazing and indescribable feeling, to be able to see history happen right in front of you.”