13 Reasons Why – It’s finally over 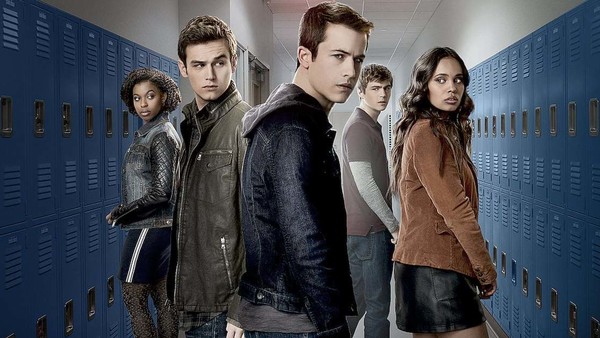 Nobody asked for it and quite frankly, nobody wanted it, but season four of 13 Reasons Why is now on Netflix, and I sat through the over ten hour long catastrophe (and the previous three seasons) so that you don’t have to.

13 Reasons Why has always been a problematic show. That being said, season one, despite the controversy, was at the very least entertaining to watch and true to its source material. That’s not to say the first season was good, but simply that one could see the popularity of it when overlooking the moral issues of the show. Sure it had a fine sentiment about being kind to people, but this sentiment was clouded over with a message of revenge.

Season two was unnecessary and clearly only made because of the popularity of the first season. That being said, the second season had the potential to be good. The idea of the second season being a set as a trial made sense, all things considered. Season two, if written well, could have tied up any “loose ends,” clarified some of the morally ambiguous messages, and been entertaining. But the writers cared more about the drama. Plot holes and inconsistencies were created for the sake of plot twists, which is frustrating for a show that claims to be so realistic, but even worse, season two continued down the route of inappropriately handling serious topics with messages like, “yeah you can stand in front of a mentally unstable individual holding a gun and expect them not to shoot you as long as you talk to them.” Once again, there’s decent sentiment here about how everyone is human, our mistakes don’t define us, we all deserve a second chance, and we all just need some kindness, but yet again that doesn’t override the dangerous messages, not to mention this sentiment is completely hypocrite of the entire third season.

In the third season, Bryce Walker is murdered and the season focuses on a. Finding out who killed him and making sure Tyler doesn’t try to shoot up the school again. At this point, the show has strayed so far from its source material. That’s not inherently a bad thing, but the writers continue to make it clear that they don’t plan anything ahead of time. The entire season is narrated by a character the audience has never seen before and who is, quite frankly, unlikeable. Additionally, everything about Bryce as a character doesn’t make any sense in this season right up to the audience finally learning that Alex was the killer. Then, the entire sentiment of the third season goes out the window when they all help cover up the murder and justify just because Bryce was a rapist and broke Zach’s leg. And they frame Monty. At this point, these are no longer morally ambiguous characters that the audience could somewhat relate to and empathize with, but arrogant coldblooded killers. Of course there’s a nice implied sentiment of “friendship,” but the message being that covering up murder is okay if it’s for your friends.

Would I recommend for you to watch season four? No. But I’m also not going to spoil too much in case you for some reason want to. Season four of 13 Reasons Why revolves around figuring out who’s trying to expose them for framing Monty while they struggle through their senior year, and Clay deals with mental health challenges including hallucinations, paranoia, and panic attacks. Some of their peers eventually start to realize that they might have been involved in Bryce’s death and in framing Monty, but do any of them ever suffer any real consequences? Nope, they go to prom, give speeches at graduation, and all get into college. (Well all except for one, rip.) (And in case you’re wondering, yes, this season also follows the same fake “woke” themes as its predecessors.) But hey, on the brightside, season four was seemingly the series finale, total death count: 5.

Morally questionable characters, a straying plot, and over the top unrealistic drama wouldn’t necessarily be an issue if this show was, for example, an ironic murder mystery or a sleezy teen drama, etc, but that’s not what it is. Viewers of the show are expected to take the show seriously. The writers intentionally include major themes about sexual assault, suicide, drunk driving, drug addiction, and mental illness, among other serious topics. These topics should not be used for suspense and then coined as serious representation. Shows, books, and movies can totally deal with serious topics like these while still remaining entertaining, and even suspenseful at times, however, because entertainment and drama take precedence over these topics, the 13 Reasons Why ends up sending dangerous messages to impressionable audiences.

Here are just a few examples (there are many more) of media that tackles serious topics much better than 13 Reasons Why and still remains entertaining:

The Way I Used to Be – The Way I Used to Be is a novel by Amber Smith. It’s about a teen girl who gets raped by her older brother’s best friend and about the aftermath. It’s realistic, entertaining, and still manages to handle the topic delicately.
The Perks of Being a Wallflower – The Perks of Being a Wallflower is a book by Stephen Chbosky with a film adaptation. Both the book and the film deal with themes of mental illness, sexual assault, and homophobia. Once again, realistic, entertaining, and still manages to handle the topics delicately.
The End of the F***ing World – The End of the F***ing World is a graphic novel as well as a show on Netflix. It deals with topics including mental illness, suicide, unhealthy family dynamics, sexual assault, and others. The End of the F***ing World is entertaining, though not very realistic or delicate, however, it isn’t meant to be taken seriously the way that 13 Reasons Why is. It draws a very clear line between what’s satirical and what isn’t.
Turtles All The Way Down and The Rest of Us Just Live Here – Turtles All The Way Down by John Green is actually a mystery novel that manages to represent mental illness well. The main character has OCD and the story manages to express her struggles with mental illness while simultaneously being an interesting mystery story. The Rest of Us Just Live Here by Patrick Ness also has a main character with OCD (as well as a character with an eating disorder) and these issues are well represented while still telling a compelling story.
The Fosters – The Fosters a show from Freeform (abc family) with five seasons which each have at least 20 episodes, 40 minutes each. Through out these five seasons, the show has tackled topics including: sexual assault, domestic abuse, homophobia, transphobia, racism, school shootings, mental illness, ableism, immigration, corrupt law enforcement, prostitution, drug use, abortions, religion, gun control, gender inequality, divorce, unhealthy relationships, and other extremely serious topics. This show managed to be suspenseful at times and entertaining enough to remain on air for five seasons, yet still managed to deal with so many severe themes appropriately.