Through the first two weeks of the NFL season, there has been a notable spike in the amount of injuries. In this article, CST's Joe Frescott will look into why there has been so many injuries. 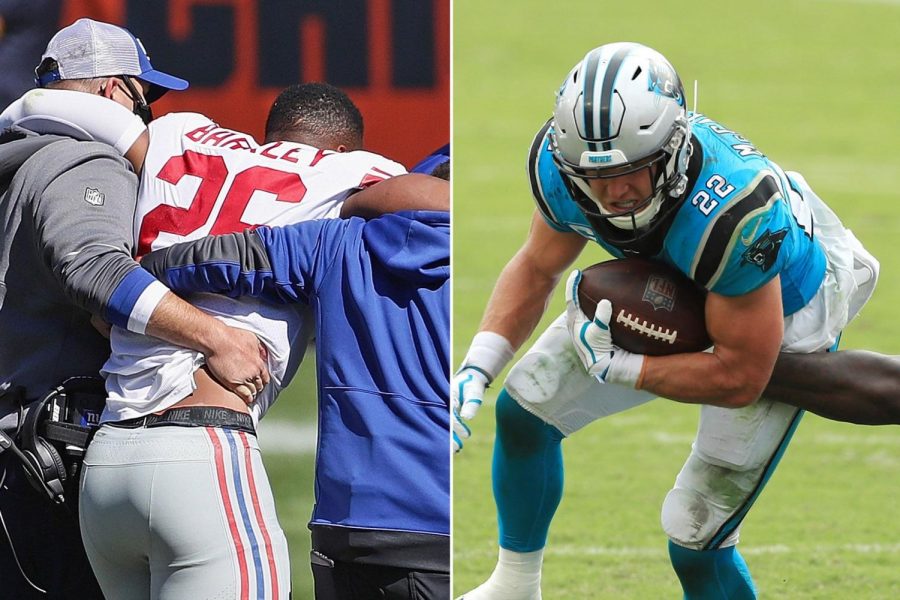 When the NFL announced that they would be having a season on schedule despite the COVID-19 pandemic, there were a lot of concerns regarding the safety of the players and staff, as football is a contact sport. With people’s fears most concerned with COVID and potential widespread contamination between players and teams, many overlooked another scary consequence of the season, which is a significant increase in player injuries due to a shortened training camp. While a usual training camp lasts around 6 – 7 weeks with four preseason games in between, this year there were only 2-3 weeks of padded team practices with no preseason games. Similarly to before, when this news broke, people were concerned about things such as team chemistry and preparation, with the health of these players being an afterthought. However, as we have seen through the past two weeks of this season, the NFL has suffered an unusual amount of injuries, with many star players out for the rest of the year. Could this be a result of a lack of preparation? And how does this translate to how collegiate and even high school football programs approach their season?

Through two weeks of the NFL season, there has been a devastating amount of injuries to key players. Teams such as the San Francisco 49ers and Denver Broncos have lost 5 or more starters to injuries in these two weeks alone. As for the other 30 teams, here is a short list of the notable players that were injured over the past two weeks:

As of now, the injury statistics and total number of players injured have not been revealed, but just based on what we have seen on this past Sunday alone, you can imagine that these numbers are going to be significantly greater than anything we have ever seen before.

Although this seems like such a strange thing to occur, this isn’t the first time that the NFL has had an injury spike. After the 2011 NFL lockout, the NFL faced a similar situation. With a shortened training camp, there was a 25% increase in injuries throughout the entire season compared to the average over the last decade. With this being said, it does make sense that the NFL is seeing another sharp spike this season. However, with the NFL clearly knowing the danger of shortening training camps, the question remains why they went through with shortening it. To answer this question, there is really only one reasonable answer: money. If the NFL was to start training camp earlier, or delay their season until they could have a full training camp, they would have put themselves at risk of losing a substantial amount of money. Clearly, as we have seen in the past, the NFL’s bottom-line always comes before the players, and putting players through a shortened training period can be seen as yet another example.

One positive that can come out of this is the fact that other levels of play, such as college and high school, can use this as a learning opportunity before they come back as well. For those who haven’t already started, unlike the NFL, they must make sure that they give their athletes enough time to mentally and physically prepare themselves for the season ahead. By doing this, they will not only protect the players from serious injury, but they will also ensure that the quality of play will remain the same as well.

At the end of the day, although this NFL season won’t be the same without superstars like Giant’s RB Saquan Barkley and 49ers’ DE Nick Bosa (both tore their ACL this past Sunday), myself and all NFL fans around the world can agree that we hope this spike in injuries was just a fluke. However, based on the evidence presented above, this doesn’t seem to be the case. With the COVID pandemic and all of the other distractions that come with it, the NFL failed to take into consideration the most important thing, player safety. The shortened preparation period has already had various negative effects, and there will without a doubt be more to come as the season progresses.