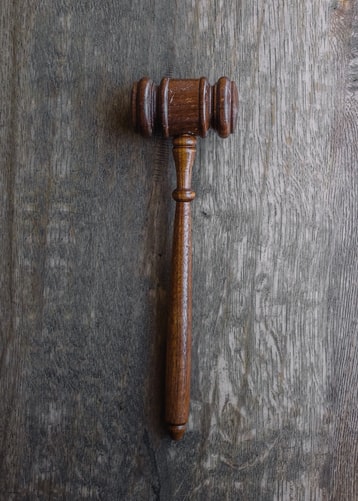 Punishment for various crimes differ in many ways.  It must be very difficult for the court system to strike down a justification plan for every single wrong do-er.  There are many factors accountable in retribution; however, if you compare some of the crimes together then there seems to be some flaws in the mix.

According to nolo.com and criminal.findlaw.com there are multiple elements that contribute to the sentencing of delinquents, including their previous convictions.  Obviously their previous convictions would give the alleged criminal less sympathy and less hope for the future from the judge and others around the courtroom.  Another factors in penalization is the chance the convict is an accessory and not the main criminal.  An accessory is a person who encourages, assists, or helps (knowingly or unknowingly) someone commit a crime.  It can be someone egging the other on to go for the crack, someone getting the word out that someone is selling drugs in an effort to improve a drug dealer’s business, or it could be a getaway driver.

Another factor in penalization is the reasoning behind it.  One may earn sympathy or be excused if they have a sob story like robbing a bank because they lost their job or murdering a family member for being abusive.  Additionally, it may make a difference if no one was hurt or the intent was for no one to get hurt.  There are not many crimes where that justification can be accounted for, but that is something to consider.  Furthermore, if the victim has trauma or an injury/injuries, that could affect the jail time.

Weighing Up the Law

However, there are state laws that make the judging job easier by setting an instruction or recommendation for part or the whole crime.  Drug possession can range from one hundred dollars to a life in prison.  It depends on the level of drug partaking.  The fine stated of one hundred dollars is punishment for a certain type of marijuana and a generation in prison would be completed by a drug lord or someone comparable.   The most common sentences are over a year or about that.

Petty theft is another crime that results in about a year in prison.  Petty theft is including any property under $1,000.  Grand theft is the next step; that is anything above $1,000.  It is punishable by about five to twenty years in prison, but that still depends on how much was stolen and if the criminal is a repeat offender.  That is the same time a pedophile serves in prison.  As said by thewest.com.au a maximum jail time is fifteen years while the least time is four years locked away.  Half of those monsters are never even charged while some just get a weak sentencing of bail, get granted parole, or slip through the cracks somehow and get only six months in jail.  That is on the same level of a misdemeanor, while dealing with petty crimes including getting drunk in public, trespassing, and showing one’s own private parts in public.  Is pedophilia really that inexcusable?  It’s unbelievable how people like that who force one or multiple victims to develop trauma for possibly the rest of their life get less of a punishment than someone stealing more than $1,000.  It is probably less than most or all crimes.

There is a long list of crimes that result in five years in prison.  That includes sexual assault in the first degree, aggravated sexual assault in the first degree, injury or risk of injury to a minor, manslaughter 1st degree with a firearm, importing/possessing child pornography, first degree robbery with a deadly weapon and many more.  First Degree Burglary can be described as a break in with a deadly weapon, which is the highest section.  Importing or being caught with child pornography is equivalent to that time.  However most people would probably agree people who enjoy children in that way should get banished from society or it could result in more serious crimes in that area.  Perhaps the justice system should be based on common sense.

There are still many more questionable punishments for certain crimes.  These inconsistencies raise real concerns about the fairness of our justice system.