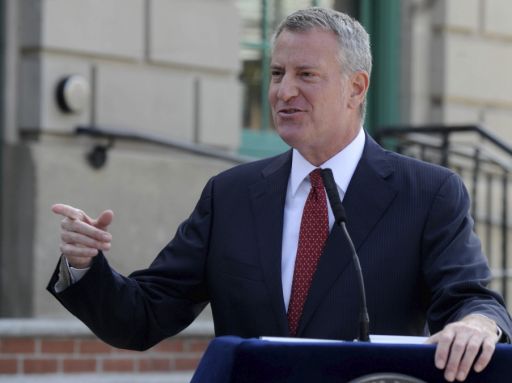 Recently on November 18th Mayor Bill de Blasio shut down New York City public schools because the COVID-19 cases rose about 3%, according to the New York Times. Does this mean that we are now entering the second wave of COVID-19? The shutdown was caused by the number of positive tests rising above 3 percent, and in an effort to stop or slow the rising surge of cases. Mayor de Blasio was one of the first big city mayors to open public schools again, and because of this he was disappointed that he had to close the schools.

Students within the New York City public school system went to in person learning for almost eight weeks, before Mayor Bill de Blasio was forced to close all public schools. After meeting with each other, Governor Cuomo indicated that this will not be the last of the school closings and also expects businesses to shut down again. Over the summer New York City was able to maintain their COVD-19  cases, but once schools opened up again, the cases began to rise. Mayor de Blasio was very hesitant to close schools. The New York Times states, “Mr. de Blasio delayed his daily news conference from 10 a.m. until 3 p.m. after he and his aides spent the morning scrambling to ensure that the governor was informed about their plan to close schools. And because the average positivity rate came in at exactly 3 percent, top city officials went over the math several times to make sure it was accurate.” Mayor de Blasio really wants to make sure that he has the right idea of closing schools, and the amount of time he and his team spent figuring out the math show they wanted to see if it was worth closing schools. By closing schools in the city, it is inferred that soon schools within the rest of New York State (Upstate and Long Island ) will end up closing, even though a majority of them are very hesitant to close down.

Within the past nine months or so, life has been different. Remote school, work from home, and not being able to leave your house unless it’s essential. Sitting at home gets boring. But as of Wednesday, it seems as if we are entering a so-called  “Second Wave.” Let’s hope we are not entering another lockdown period.