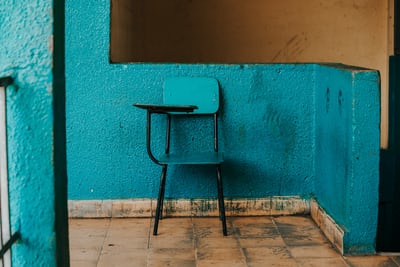 The American public school system has been around since the 1840’s. First proposed in America by Thomas Jefferson when he argued that the newly independent nation needed a system of education. Before Thomas Jefferson, the Puritans were the first ones to suggest a need for public schooling not only to teach essentials such as reading and math, but to also reinforce moral codes and values. A few years later in 1852, Massachusetts became the first state to pass compulsory school laws with Horce Mann leading the common school movement which advocated for local property tax to finance public schools. By 1918, all American children would be forced to at least attend elementary school.

As schools started to be established nationwide, the need for a curriculum was crucial to keeping the children’s education organized. A curriculum refers to a set of studies or courses for a particular period, designated by a school or branch of a school. This would include any type of materials and activities designed by an educational institution. Essentially it is the way students learn and what they learn. Basic subjects taught in the curriculum from as early as the 1900’s are reading, writing, arithmetic, history, physiology, rhetoric, and geography, similar to subjects taught today. How a curriculum is decided is a different story though.

Nearly each level of government has something to do with education. The president and executive branch can make overall adjustments to what is included or what is to not be included nationwide while federal and state governments provide funding and guidance for public schools. The local board of education and district administration have the most important role. The board of education decides what to implement or what to take away based on the specific needs and values of the community.

From the beginning of the public education system in America to today, there have been many problems and flaws with the system. Some issues occurring today would include the problems with the common core curriculum, the flaws of standardized testing, deficits in government funding, bullying in schools, student mental health, parents lack of interest and involvement, lack of teacher innovation and outdated teaching methods, culture surrounding education and even in some impoverished areas, the school to prison pipeline system.

Frankly it’s quite surprising that everyday people are not alarmed by the issues happening in the public school system, and those issues are so embedded into our system that they are seen as normal or something that we cannot even attempt to fix. Students are constantly in high pressure from societal views to do well in school and put in extreme disadvantages based on their location and funding for the school. Equal opportunity for education and success after school should not be a futuristic goal but the standard. The ever growing need for change is overdue and it’s finally time we do something about it.

This series will explore the comparisons between the American public school system to those around the world and try to give an explanation as to why they are so much better or worse then our education system. Diving deeper, these articles will also delve into the issues at hand in the American school system and compare those to similar issues in other countries. Lastly, to shed a light of hope, this series will try and solve the problematic system that plagues our American society with theories, data and speculation about how public schools should run and how to accomplish that.