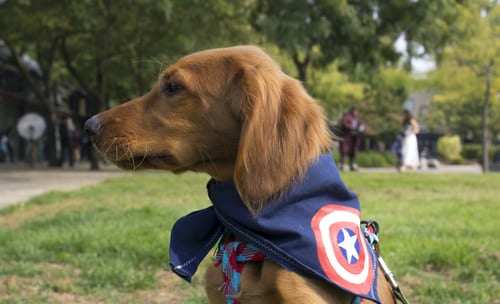 Welcome back to the next movie review of Loungin’ With Lara! This week I have viewed and reviewed the movie Captain America: The First Avenger. This article is a part of my Marvel movies series, where I will watch the Marvel movies, and rank them all once I have finished them all. I am viewing the movies in chronological order, rather than the order that they had come out in theaters.
What is Captain America: The First Avenger?
Captain America: The First Avenger is a movie about Steve Rogers and his journey to becoming Captain America. The movie starts in 1942, after America has entered World War II, and Steve Rogers is attempting to join the military. Unfortunately, he is rejected over and over again, but things change when Dr. Erskine recruits him to participate in Project Rebirth. He undergoes the experiment and his weak, fragile body becomes a body with maximum strength. Johann Schmidt, an agent of Nazi Germany’s secret HYDRA research department, assassinates Dr. Erskine, leaving Steve as a man who is then used as a mascot for American propaganda. But, when he is needed by his colleagues, he goes on a journey to defeat Schmidt, showing his bravery and becoming Captain America. It was released in 2011 and was directed by Joe Johnston. There are even some actors that you may recognize that were in the movie. For example, Chris Evans, Hugo Weaving, Samuel L. Jackson, and Hayley Atwell. Captain America: The First Avenger can be streamed on Disney + with a subscription, as well as some other streaming services with a purchase, and is rated PG-13. This movie is filled with action that keeps you hooked the entire time, even a little bit of romance as well. 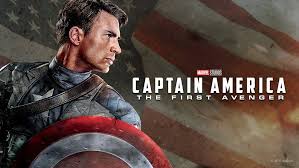 Why I Recommend to Watch Captain America: The First Avenger
At first, I didn’t know what to expect from this movie because I have only ever seen some Marvel movies. I have seen the typical Spider Man and Iron Man movies. But now, going back and watching the other superhero movies, let me say, I am hooked. The story of this movie was written so well. Along with the plot twists that you may not have expected in the beginning. The movie starts out interesting and keeps you wondering the whole time, so of course, why wouldn’t you watch until the end to see what the beginning was all about? But besides the curiosity that forms in the beginning of the movie, the characters and the bonds the characters form are very crucial to the movie as well. The friendships between the characters and the relationships they build as the movie progresses are very heartfelt. Overall, I enjoyed this movie and recommend it to anyone who is looking for an action packed movie, with an intriguing backstory.

Let me say, after finishing this movie, I am going to watch all of the other movies in chronological order! The story behind this movie was very interesting. I like how they went back to the war and based the plot around that time. It was fascinating how they incorporated a real life event into a superhero type story. I also enjoyed the short-lasted relationship between Agent Carter and Captain America. Agent Carter was my favorite character and I am going to continue on after I finish the movies and watch her separate show as well. I would like to get to know her more and see her backstory. The friendship between Bucky and Steve was another nice asset as well. They were always there for each other in times of danger and helped each other through times of worry. I wonder if the friendship will continue as I watch on with the movies. The biggest plot twist for me was the ending, and with how it was tied to the beginning. I remembered that they found his shield in ice in the beginning, but then remembered that he crashed the plane into an icy area, therefore that’s where they had found him frozen after all of those years. Along with him waking up in the room all of those years later,in present time, and it being decorated as a room from the 40’s would be decorated, so he would not freak out. The movie had me confused for a minute at that point because I thought that he was magically awake, which confuses me even more, but after figuring it out and him walking outside into the city and seeing Fury, it made a lot more sense. The CGI that they had used to make Chris Evans’ body look different in the beginning was pretty cool, it looks as if they took his face and put it on someone else’s body, I didn’t even recognize him at first! I genuinely really liked this movie and will for sure continue to watch all of the movies in the Marvel series after this.