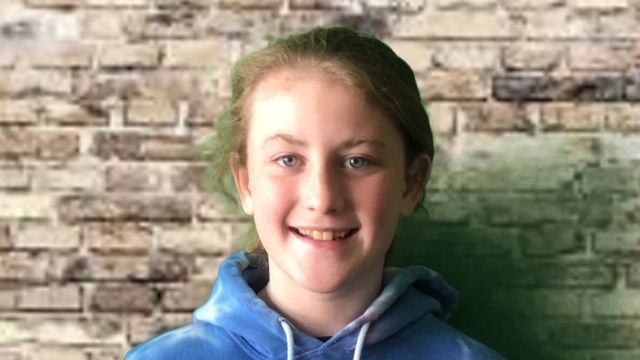 Blasts from the Past and Present

Adults that are in their late thirties or forties grew up in the 80’s – and they know their music. Teens also know their music, but do they know each other’s music? Do adults listen to today’s top hits or the music they grew up with as a teen? Do teens acknowledge their parents’ music or just listen to today’s hits? Teens these days are in their own little world and stop caring about their parents. Adults know what’s out there but do they know the top hits, or just what is out on the radio? We are going to find out who knows the most about music. Five kids are going to listen to five songs. Three songs will be from the 80’s and two songs will be from today. The adults are getting the opposite, three songs of today hits and two songs from the 80’s. The kids and adults just have to name the song title or something really close to it.

The kids will be listening to “Wake Me Up Before you Go-Go ” by Wham!, “867-5309/Jenny ” by Tommy Tutone , and “Jesse’s Girl ” by Rick Springfield for the three 80’s songs. Then they will also be listening to “Circles’  By Post Malone and “Memories” By Maroon 5 for the two today’s hit songs. If I did It, I would be rocking out in the hallway, as I love Journey, Queen, Metallica, Whitney Houston and a lot more. The first kid I played the songs for did not get any 80’s songs. Her face was so funny- she was so confused! She got both of today’s hits. The second kid got “Jesse’s Girl ” by Rick Springfield, “Circles’ ‘ By Post Malone, and ‘Memories’ by Maroon 5. He said “Jesse’s Girl” by Rick Springfield he got because his mom loves 80’s music. The third girl got all three 80’s songs but only ‘Circles’ ‘ By Post Malone. She said her friends play that song so much it was stuck in her head. The fourth child was so close to getting all five but he did not know “Wake Me Up Before you Go-Go’ by Wham!. The fifth child got “Circles” By Post Malone, “Memories” By Maroon 5 and “867-5309/Jenny” by Tommy Tutone but did not get “Jesse’s Girl” By Rick Springfield and “Wake Me Up Before you Go-Go”. She said it really helped that they said the name of the song in the music like ten times in the song. The kids got 16 out of 25 songs of now and then.

The adults will be listening to “Circles” by Post Malone, “Memories” by Maroon 5 and “Bad Guy” by Billie Eilish for the Three today’s hit songs. For the two 80’s songs they will listen to “Wake Me Up Before you Go-Go ” by Wham!, and “867-5309/Jenny” by Tommy Tutone. I asked the adults if they had better luck than the kids for winning, and they said yes. They said they would beat the kids because they lived back then and they listen to the radio in the car too. The adults started to dance to the 80’s songs when I started to play them and in less than 20 seconds, they got the songs from the 80’s. It took them a little longer though to get today’s hits. The first adult got both 80’s songs but only “Circles” by Post Malone for today’s hits. The second adult got “867-5309/Jenny” by Tommy Tutone and all three of today’s hits. She was really into today’s hits. The third adult got all five songs. I guess that is what you get when you have one kid in middle school and one kid in high school. The last two people got both 80’s songs but none of today’s hits. Not to be rude but they were both older men. Both the kids and the adults got 16 out of 25 songs of now and then.

There is no winner, it is a tie the kids and the parents did not win. Some kids do and do not listen to 80’s music and parents do their own thing. Parents and Adults listen to kid’s music but do not acknowledge it. The 3 songs for today’s hits were all on the radio and most kids do know the songs. The most popular 80’s music station is 101.3. This shows that no one group is smarter when it comes to music!