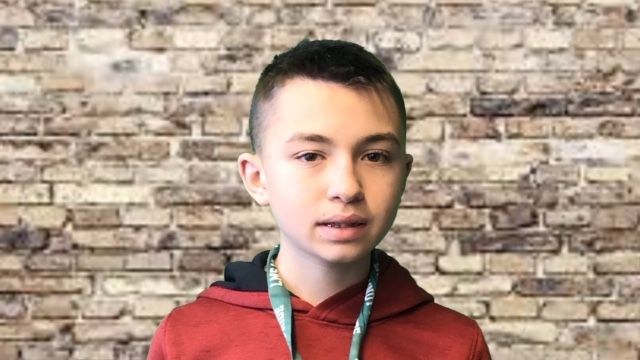 Spoiler Warning!!! If you have not seen the movie yet, don’t read this article until you do!!! Also, spoilers for Avengers Endgame as well. As well as that, this is just my opinion. If you loved this film, great. If you hated it, great. I’m not saying that anyone’s opinion is invalid, I’m just dissecting this movie for what it is, just a movie.

Star Wars: The Rise of Skywalker has arrived. 2 months ago, it made its debut in movie theaters across the globe. I am going to review it in this article and see if it’s a worthy addition to the franchise or a terrible movie that ruined it. Let’s begin.

First, we should address a problem that these films have been having as of late. There’s no plan. Meaning, that they made each film without regard for the others. Almost all of the films have different directors and it’s obvious that they didn’t have a clear ending from the beginning. This is best shown in The Last Jedi, which was the previous installment in the trilogy. It discarded most of what it’s predecessor set up in favor of subverting expectations. This isn’t necessarily bad if handled well. Unfortunately, it was not at all handled well, in my opinion. Most of what was set up were cast aside, characters were inconsistent with previous appearances, and by the end of it, there was almost no conflict left that could be made interesting. So, it wasn’t really all this film’s fault that it had problems. This was just the logical conclusion to what was going on. So, let’s get to the film itself.

This film immediately discards most of the previous film, just as the previous film did to the film before that. The main villain of the previous two  trilogies returns, due to there being no interesting conflict left, and to the previous film killing off the main villain. This meant that they had to bring back a previous character with almost no build-up, causing his appearance to be very jarring and out of nowhere. They also retcon the previous two films in the trilogy by having the Emperor(Ian Mcdiarmid), a character thought dead, be behind the events in those films. So, it comes off less like they planned this from the beginning and more like they just brought a past character who was popular back from the dead. What I’m saying is that it feels like they brought this plot point out of nowhere, disrupting the story’s cohesiveness in order to raise the stakes, which the last film damaged immensely.

Next, there’s the film’s pacing. This film, despite being one of the longest Star Wars films, feels the quickest of them all. This isn’t actually the problem, as you can make a very fast-paced film while still making it good, if done correctly. This film, however, does not do it correctly. Plot points that should be important are just brushed off and forgotten, scenes come and go at breakneck speeds, and you can’t form any connections with the new characters, because as soon as they appear, they just have a handful of scenes before being put into the background. Things that should have consequences have none, some characters are given nothing to do, and the film overall feels desperate to please everybody, at the expense of making the movie good. This film’s predecessor, while by no means perfect, still told a coherent story that was at least well-paced. This film, however, is too fast, so characters can’t be explored in depth. I will say that the acting is good, though. It is in all of these new Star Wars films. The characters, when they’re allowed to slow down and just act normally, which is really rare in this film, work. The stand out is definitely Adam Driver as Kylo Ren. He’s the one who goes through the most dynamic character arc, he’s the one who gives the most meaningful performance, and he’s the one who actually reacts to the events of the story in a meaningful way, unlike the others who just kind of accept everything that’s thrown at them in stride. This is ironic, as he is a primary villain for most of the story. So, they made the heroes static characters who just accepted everything that came their way, and fleshed out the villain, making him dynamic. Granted, the others act well, they just don’t get as much focus as Kylo.

After that, we have the writing. It isn’t all that great, with numerous contrivances. The plot is moved forward by these contrivances, and you can’t process this until after the fact due to the movie’s lighting fast pacing. Events in the film don’t make sense in the context of this universe, and even the stuff that does make sense is extremely contrived. The story doesn’t feel cohesive at all with the rest of the saga. It feels detached. In other words, it feels different, and not in a good way.

Now it’s time for the climax. Honestly, I’m pretty mixed on this part. On the one hand, it has some extremely interesting concepts. It has some pretty nice shots, and it has a very intimidating tone to it. On the other hand, most of these concepts are unexplored or glossed over, good shots aren’t enough to make a movie good, and the planet, while having an intimidating tone to it, is very visually murky, not to mention that it’s a completely new planet that we have no connection with. The climax, with it’s apparent bleak fate for the protagonists, only for the cavalry(AKA reinforcements) to arrive and save the day, is obviously trying to replicate the ending to Avengers Endgame. But while that film was the well-planned climax to a 22 film saga, this is a cobbled together mess of a finale to a tacked-on third trilogy in the Star Wars saga. The end tries to replicate Endgame’s portal scene, but unlike that scene, which had all of the characters killed by Thanos come back from the dead and give hope to a bleak situation, it’s instead a bunch of people we don’t know led by a few returning characters for nostalgia.

Now for my final verdict. Is this film good? In my opinion, no, it is not. This film, while admittedly an entertaining movie in some areas, and having good acting, just doesn’t have the conclusiveness that a finale to a film franchise should have. It did have some good moments and ideas, but they were quickly thrown aside in favor of just moving the plot along. If you disagree with my opinion, then that’s great. You should form your own opinion of this film, instead of listening to someone else.