This is a comparison of NFL Draft Picks to their NFL doppelganger. Based on these players college performance, the Charles Street Time sports journalists determined what current or past NFL stars these players remind us of. 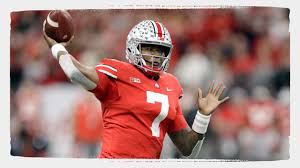 Dwayne Haskins went 15th overall in the 2019 NFL draft, taken by the Washington Redskins. Haskins redshirted his freshman year and was the backup to J.T. Barrett in 2017. 2018 was his breakout year, where he threw for 4,831 yards and 50 touchdowns. He was the Big 10 Player of the Year playing for Ohio State. His size and strength are his biggest advantages. He has a great ability to throw the ball far down the field and connect with his receivers for what in college was a guaranteed touchdown. However, Haskins does have some weaknesses. He is not very good at seeing in the pocket and has a hard time moving around in the pocket. He does not have the ability to run around and successfully move in the pocket. But in the NFL, his arm will make up for it and could easily develop in the pocket as a young quarterback. 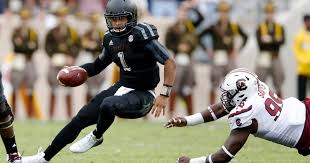 Kyler Murray was the biggest wildcard of the NFL Draft, as no one knew if he was going to play football or baseball. It wasn’t until February 11th when he declared for the NFL Draft and confirmed his commitment to football. He immediately was in contention for the number 1 pick, despite the fact the Arizona Cardinals already had Josh Rosen. However, the Cardinals made Kyler there QB1, taking him with the 1st pick and trading Rosen to the Dolphins. The Heisman Trophy winner has drawn comparisons to many of the short, scrambling QBs in the NFL. Obviously, the biggest comparison is with Seahawks star QB Russell Wilson, who revolutionized the position and silenced all of the doubters of believed his height would limit is effectiveness. Kyler stands at 5’10’’ tall, slightly shorter than Wilson, but his arm talent and ability to extend plays with his feet make his game similar to Wilson. 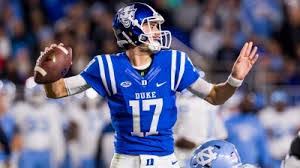 Daniel Jones was a player who didn’t have a great college career but made a name for himself through his impressive pre-draft workouts. Playing at Duke, Jones played on a lackluster team, with a weak supporting cast of receivers and backs. In his junior year, he threw for 2674 yards with 22 TDs and a passer rating of 131.7. He has the prototypical size and arm strength for the traditional NFL QB, but questions with his vision and interceptions lead people to believe he will be a bust. The Giants had faith in the young QB, controversy drafting him with the 6th pick in the NFL Draft. Majority of fans hated this move, believing that Jones would be average at best. Despite this criticism, Jones draws comparisons to the Giants current HOF QB, Eli Manning. 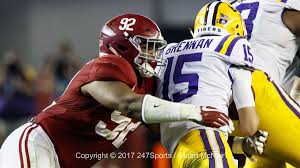 Quinnen Williams is a 6’3’’ DE out of Alabama. No NFL prospect can be labeled as a sure thing, but Williams is the closest thing to it that we have seen in years. The Defensive end had 8 sacks with 45 solo tackles. He was commonly thought of as not only the safest pick in the draft, but most likely the best player out of all of the prospects as well. Knowing this, the Jets made him the 3rd overall selection in the draft, solidifying their greatly improved defensive. His rare combination of size, strength, and athleticism draws comparisons to many great defensive ends in the league. One comparison that has gotten the most attention from scouts was HOF DE John Randle. 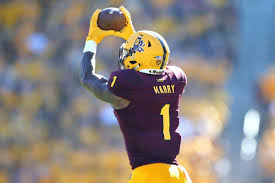 N’keal Harry was the 32nd overall pick in the 2019 NFL Draft selected by the New England Patriots. He has shown cases of great speed and great ability to make the catch in tight one on one coverage in college. He was a two time All Pac-12 wide receiver for Arizona State. The 6’2” receiver has shown great route running ability and was excellent on kick returns. He most resembles New Orleans Saints star wideout Michael Thomas. 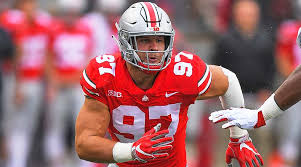 Nick Bosa was selected second overall in the 2019 NFL Draft, selected by the San Francisco 49ers. Most of his achievements came in his 2017 sophomore season, where he was first team Big 10 and a Big 10 champion. Bosa is known for his dominance off the line of scrimmage. He is great at getting the edge on his opponent and making quick work of the opposing quarterback with his speed and agility. He has shown dominance in college to possibly be the next J.J. Watt. Realistically, Nick Bosa has the potential to be just like his big brother Joey Bosa in the NFL, and we are all excited to watch him grow as a player. 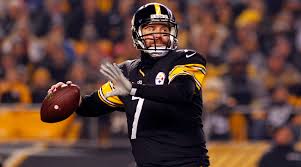 Ben Roethlisberger has been the core of the Pittsburgh Steelers offense ever since he entered the league in 2004. He has had some great weapons around him over the years. Players like Hines Ward, Santonio Holmes, and Antonio Brown have helped Roethlisberger and the Steelers have success over the years. Like Haskins, Roethlisberger is able to bomb the ball down the field and hit a receiver that is in one on one coverage. This has given the Steelers success over the years. But Big Ben’s pocketability has always not been great. He is always one of the most sacked quarterbacks every year not because of his offensive line, but his pocket moving ability. Haskins might be able to find success like Roethlisberger did, but he could surpass him if he develops good vision in the pocket. 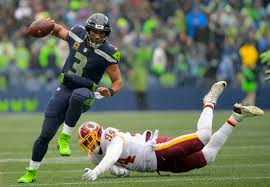 Russell Wilson has been one of the top quarterbacks in the league, leading the Seahawks to 2 Super Bowl appearances with one win. His style of play has set a new trend in the NFL, as he breaks all of the traditional QB rules when it comes to being a pocket passer. Although he is known for his scrambling, the thing that makes him great is his ability to keep his eyes down the field as he scrambles and uses his legs as a way to extend plays, looking to pass rather than running. In the NFL, this is the ability needed to succeed as a short QB, with careers like RGIII and Mike Vick that prove that running QBs don’t lead to durability or championships. When drafting Kyler, Arizona hopes that he can adjust to this style of play like Wilson did and dominate as he did in college. 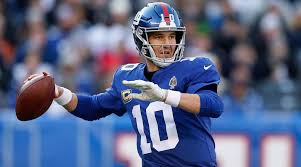 Eli Manning has been the Giants QB since 2004, and has had a great career. At age 38, he was won two Super Bowls with the Giants. Despite this success, Giants fans have been very critical of Eli, as he has underperformed these past few seasons. Considering his age, many people believe Eli is very close to retirement, which is why the Giants drafted their QB of the future. With this selection, New York took a player very similar to Eli. Both have great size and pocket presence, with the ability to get the ball downfield. Manning and Jones have had their fair share of criticism when it comes to turnovers as well, but both found success despite this fact. If Jones continues to develop over the last years of Eli’s career, he has the potential to be like the historic QB and bring the Giants back to glory. 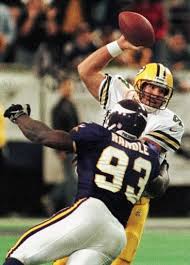 John Randle was a 7-time pro bowler over his great career, and was one of the most consistent and dominant Defensive ends of all time. The legend totaled 137.5 total sacks throughout his career with the Seahawks and Vikings. Like Williams, Randle wasn’t the biggest player at his position, being only 6’1’’. However, both overcome this size through their incredible strength and high energy style of play. The legend will go down as one of the best and most underrated players at his position. If Williams can develop and come anywhere close to Randle’s skill set and ability, the Jets will soon have the best DE in the NFL. 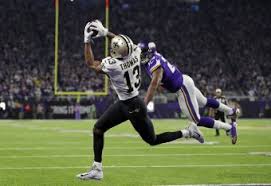 The two slant routes ran by both receivers are almost identical to each other. Thomas’ ability to get separation off the line is like Harry’s. And their dominance in one on one coverage has shown why they are both great at what they do. One of Michael Thomas’ best abilities is to make athletic catches that the average receiver can’t make. His ability to know where he is on the field and get his toes in bounds to make a catch is like no other receiver in the league, maybe besides Julio Jones. Their great hands and route running make N’keal Harry the perfect comparison 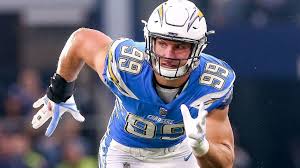 It was only appropriate to compare Nick Bosa to his older brother Joey Bosa, who also played for Ohio State and has made some noise in the big league since being drafted in 2016. He has been a key part of the Los Angeles Chargers defense, racking up sacks like there is no tomorrow. Joey’s ability to get off the line is just like his little brother’s. What probably stands out for Joey is his ability to make the pocket collapse in on the quarterback and make easy work of him. Joey has star lineman Melvin Ingram on the other side of him, and Nick will have Deforest Buckner on his other side. Both of the Bosa boys make offensive lineman look silly, making them carry their weight as they get to the quarterback with ease.